Do I Need Two Hearing Aids? Why Yes is Often the Answer 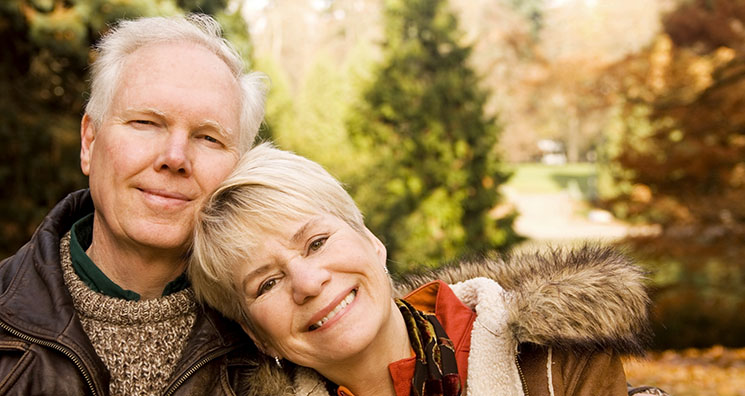 As a practicing Doctor of audiology I am often asked the question “Do I really need two hearing aids?”

This is a common question because investing in hearing aids can be a costly endeavor. Some individuals would reason that purchasing one hearing aid is the wise decision because it would be half the cost. What those people don’t realize is that there are a lot of advantages to purchasing two hearing aids instead of just one. The purpose of this article is to answer this all too common question: “Does double the cost really equal double the benefits?”

When Should You Purchase Two Hearing Aids?

Our brain is designed to use the sound information coming in through both ears to fully understand our surroundings. By using the speech and the noise coming in through both ears and comparing them against each other, our brain can decipher what information is pertinent to understanding speech information and focus on that sound source, while at the same time ignoring the background noise or distant conversations that are competing for our attention. When we only use one hearing aid we are not taking advantage of our brains natural abilities to focus on speech while in difficult listening situations.

The research performed backs this up. In a study titled “Unilateral versus Bilateral Amplification Adults with Impaired Hearing” (Walden 2005). They used 28 patients with bilateral hearing loss and tested them with both scenarios (with one hearing aid/with two hearing aids) using the QuickSIN (Quick Speech-in-Noise test) and Dichotic Digits Test (DDT). Using the QuickSIN they randomly tested four conditions of unaided bilaterally (both ears), aided right ear, aided left ear, and aided bilaterally (hearing aids on both ears). They found that the “vast majority” of the patients performed better and got better scores using bilateral amplification on the speech recognition in background noise test.

Localization is our ability to identify the direction a sound is coming from, or the ability to identify the location of a sound source. When we are trying to understand someone talking to us it is important to be able to identify where they are in the room, if we are unable to locate them our brain has a difficult time focusing on what they are saying to us. For example if you are in a restaurant with 4-5 other people around a table and your friend from the left side of you begins to talk to you, you may not notice that they are speaking to you, or if you do, you may not be able to focus on what they are saying until you can fully identify who is talking to you and where the voice is coming from and then turn to face them.

In the article titled “Horizontal localization and speech intelligibility with bilateral and unilateral hearing aid amplification” (Kobler 2002) they used 19 subjects with mild-to-moderate hearing loss to evaluate the differences between bilateral and unilateral amplification in speech intelligibility and horizontal localization. They tested the speech intelligibility by positioning a patient in the center of 8 loudspeakers and presenting a sentence speech signal out of one of the speakers while playing a background noise out of the other 7 speakers. Their findings indicate that there are major advantages to bilateral amplification in background noise and that two hearing aids definitely provide assistance in localizing a sound in a horizontal position.

With only one hearing aid an individual may have things louder on one side but it does not always bring back the clarity and understanding of speech that they were expecting. In an article titled

“Bilateral or unilateral amplification: Is there a difference? A brief tutorial” (Mencher 2006)

Tinnitus is the official term for what most people call “ringing in the ears” The ringing in our ears can often be an effect from the trauma we encountered that caused our hearing loss. The loud noise exposure either brief or long term not only wears out the fine inner ear hair cells which causes hearing loss but can also cause a ringing sensation in our ears due to a lack of stimulation to the nerves that used to carry the sound information up to the brain.

In the same study mentioned above “Bilateral or unilateral amplification: Is there a difference? A brief tutorial” (Mencher 2006) They also looked at subjective measures of the suppression of tinnitus. They found that bilateral amplification has reduced or eliminated tinnitus, they did not find the same results when a patient was using just one hearing aid, they did find however that in the case of using a unilateral fitting it could subdue and relieve the tinnitus on that same side as is being amplified but could not suppress it all together if it was present in both ears.

A less known fact about hearing loss is, that when an individual has hearing loss and goes a few years without amplification to that ear it can begin to deteriorate, this is known as auditory deprivation. Auditory deprivation studies have shown that if an ear was left unaided it did not change in terms of threshold pure tones or speech recognition thresholds, but did lose the ability to discriminate speech later on. In a study titled “Onset of Auditory Deprivation.” (Hurley 1999) they examined 77 unilaterally fitted and 65 bilaterally fitted subjects. He reported that approximately 25% of the unilateral fittings demonstrated deprivation effect on the unaided side. He also stated that older patients are at greater risk for higher levels of deprivation.

When Is It a Good Idea Not To Purchase Two Hearing Aids?

If you are an individual who is over the age of 80 that also has cognitive (mental capability) delays and signs of dementia. In the study titled “Unilateral versus Bilateral Amplification Adults with Impaired Hearing” (Walden 2005) Some individuals meeting these criteria were shown to perform better in background noise when they used one hearing aid. They found that a hearing aid on both ears was overstimulating in a noisy setting. They attributed it to the fact that somewhere in the central nervous pathway the two speech signals would actually cancel each other out

Only Have Hearing Loss On One Side

It is obvious to most, that if you have hearing loss on one side but not the other that you would only need one hearing aid, and for the most part this is true, however, there are some circumstances where and individual feels off balance with only one hearing aid and will sometimes purchase two hearing aids to gain a sense of equality between both ears.

When an individual has hearing loss on both sides that requires a hearing aid for both ears it will double the cost of the purchase. Some individuals can not afford two hearing aids whether they need two or not. In these situations it is important to understand that the investment of one hearing aid will benefit the user substantially when compared to no amplification. The hearing aid wearer will not be able to take advantage of the benefits that come from wearing two hearing aids, but no damage or residual effects will occur from using only one hearing aid.

I have had many patient’s struggle with the epic battle of cost vs. benefit. The only way to make the decision for those who are still on the fence about it, is to put both hearing aids on to see what the effects are for them. This can be done in a trial period to see if the benefits truly outweigh the cost. In an individuals place of residence, work, and social function, they will be able to decide for themselves if the benefits outweigh the cost for them. In my experience and according to all of the research, if an individual has hearing loss on both sides, the benefits of using two hearing aids will typically outweigh the cost and most find this out for themselves when they try it. It is recommended that everyone discuss their specific situation with an audiologist, as every individual and their circumstances differ.

Mencher G.T, Davis A. 2006. Bilateral or unilateral amplification: Is there a difference? A brief tutorial. International Journal of Audiology. Vol 45. pp, 3-11.